The Last Date For Linking PAN Card and Aadhar Card is Now 30thSeptember. 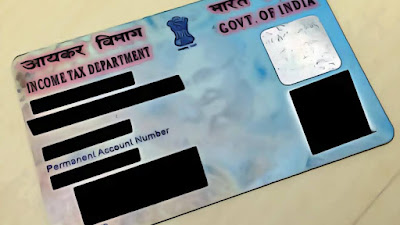 The last date for linking PAN card to Aadhaar card has been postponed once again. The last date for linking PAN card and Aadhar card was first kept by the government till 31 March 2019. But now the government has extended the last date of linking PAN (Permanent Account Number) and Biometric ID Aadhaar to 6th September on September 30. However, in the wake of the Supreme Court's decision, it is mandatory to provide Aadhaar number when filing an Income Tax Return. This is the sixth time when the central government has increased the deadline of the PAN Card Aadhaar card link.

Remember that in June last year, the government had said that every citizen of the country will have to link to their PAN card and Aadhar cards till March 31. The Income Tax Department issued the statement saying "... Now the last date for linking the Aadhaar number and the PAN has been 30 September 2019." The CBDT said that in some reports, it was claimed that till March 31, the PAN card will not be linked to the Aadhaar number, they will not be considered legitimate. Considering this, the government has made the last date for linking the PAN Card Aadhar card to September 30.

It has been further told that even though the date of the link has been extended to both the card. But mentioning Aadhaar card will be compulsory when filing an income tax return. Remember that the Supreme Court had considered the central government's base law constitutionally valid last year. It was also said that the basis for filing IT returns or application of PAN card will be mandatory.

These are the ways of linking the base to the PAN card.

To add a base number to the PAN card, you will have to go to the most e-filing website (https://incometaxindiaefiling.gov.in/) and follow these instructions.
1. If you are going to this website for the first time, first click on ** Register Here **. After this, give the details of the PAN and make the password after the OTP verification. After this, you will have to log in.
2. If you already have an account, just click on ** Login here **.
3. You must enter your PAN number in UserID. Then enter the password, and then the cache code. Finally click on ** ** **.
4. After this a pop-up window will appear, in which you will be asked to link the Aadhaar number. After that enter the base number and then the cache code. Finally, click ** ** Link Now **.
5. If you do not see a popup window then do not worry. You can still easily link to both numbers. Go to the profile settings that appear in the top menu for this. After this, click on ** option with ** Link Aadhaar **.
6. After that, enter your base number and then click on ** Save **.

Explain that this approach will work only when the details of PAN card and Aadhaar card are fully matched. For those whose card details do not match perfectly, the government has tried to simplify this system. Now you only have to give a scanned copy of your PAN card for this. Apart from this, the tax department is also planning to give online options in this regard. It will give taxpayers the option to add support to their e-filing portal. In this option, they will have to opt for a one-time password (one-time password) without changing their name. In order to choose this option, they will have to provide the mentioned birthdate in both documents and on their matching they will be able to add the pan to the online basis. It seems that this option has not been made available right now.

How to link base and PAN card via SMS

However, linking the PAN and the basis through SMS or Internet is mandatory for all taxpayers. But those people also need to link both cards whose income is not taxable.